The facility's pending closure and uncertain future has led some staff to resign for jobs with more certainty.

A dire shortage of youth counselors at the Sununu Youth Services Center in Manchester has escalated routine behavior issues to police calls and prompted an “all call” to any Department of Health and Human Services worker willing to pick up an overtime shift, department officials said Tuesday.

These challenges come as the detention center is set to close in March with no replacement plan and sharp disagreement among lawmakers over where displaced youth should go. That debate is likely to continue next session with new legislation calling for an 18-bed facility, a proposal that failed in the final days of the previous session.

The option of sending children to county jails has been a renewed topic of conversation, as recently as this week, but is strongly opposed by jail superintendents, Health and Human Services, the Office of the Child Advocate, a group of six child advocate agencies, and the lawmaker behind the new bill.

“I hope I don’t see that day,” Weaver said. “I guess I would say that I think it would be a real problem come April 1 if we had nowhere for the youth (to go) that are there. As many of you know, those are some of our most challenged youth.”

“The consequences would be catastrophic,” the statement said. “We know from New Hampshire’s own history that children who are physically secluded from the outside world are among the state’s most vulnerable population. While they are some of our most challenging children, with few exceptions they also enter the facility having experienced lifetimes of trauma. They are both worthy of and capable of rehabilitation.”

They are both worthy of and capable of rehabilitation.

The group pointed to Vermont, which closed its juvenile detention facility in 2020, saying those residents have been isolated in motel rooms and sent out of state, away from families.

The Sununu Youth Services Center, which can hold 144 children ordered held by courts, averages 12 residents a day but fluctuates between eight and 15 at a cost of $13 million a year. The center’s pending closure and uncertain future has led some staff to resign for jobs with more certainty and has also hampered employee recruitment efforts, said Joe Ribsam, director of the Division for Children, Youth and Families, in an interview this week.

“Youth counselor positions are the front line,” Ribsam said. “To run that facility, we need (the equivalent of) 45 full-time (workers). “Right now we have a little over 20. That is what puts us in this really awful situation.”

Ribsam said about 60 department staff members have expressed interest in picking up shifts for overtime pay since the department announced the opportunity last week. Staff deemed eligible will be trained, including on de-escalation techniques, and shadow a youth counselor before working alone, he said.

Ribsam said that managing routine behavioral issues, such as refusal to cooperate with instructions, has become so challenging due to staff shortages that police assistance has been requested during the past two months. That’s a first in the five years he’s been with the department, he said. Since then, the department has arranged for troopers to occasionally come by to “normalize” their presence.

Cassandra Sanchez, the state’s child advocate, said the center also needs to fully staff its clinical team, which has advanced mental health training. She called the use of state troopers a “creative” choice in the short term, not a replacement for clinically trained counselors.

“They have to have knowledge of the children, their background, what their triggers may be, and be able to walk them through a situation or talk them down in a situation,” she said.

This is not the situation the department or lawmakers anticipated when the House and Senate voted in 2021 to close the center by March 2023.

In January, Sen. Gary Daniels, a Milford Republican who led a study committee that investigated replacement options, filed a bill proposing a new facility or facilities that could house up to 18 residents but would receive funding to care for only six children regularly and an additional six for “short periods of time.”

The proposal, which emphasized treatment over detention, was in line with an analysis commissioned by Health and Human Services, and Sanchez said other states that are using jails for their juveniles were looking at New Hampshire as a model to follow. She said those states were seeing more fights, aggression, and sexual abuse.

The bill was amended and ultimately failed over six beds: The House insisted on a maximum of 12 beds; the Senate wanted 12 with an option of adding six if needed to space children out.

Lawmakers will return in January with just three months to resolve the situation.

Rep. Jess Edwards, an Auburn Republican, is working on a bill that would extend the closing date by three months and give the department $1.5 million to continue operating until then. Edwards said he knows three months is not enough and is prepared to extend it again. Sanchez believes building a new facility could take longer than a year, given supply chain issues and the lengthy process the state must follow to contract with consultants and builders.

Edwards said he will also file a bill that would replace the center with an 18-bed “trauma-informed” facility that is secure but also would support therapeutic care in a home-like environment. It would be funded, however, for just 12 to 14 residents. Edwards said the additional space is intended to give the department more room to separate kids.

Ribsam said the department supports the plan and is optimistic it will succeed this time. Sanchez is hoping to see a bipartisan group of lawmakers make it a priority and move it through successfully this time. She’s urging those making decisions to visit the detention center.

“I think it’s really helpful for people to take the time and go and hear from (the kids,)” she said. “They are very intelligent. We check with them monthly. They are very insightful. They can tell us what they need for treatment.”

The Juvenile Reform Policy Group said it is hopeful, too.

“During the last legislative session, House and Senate leadership demonstrated their commitment to moving forward a small facility grounded in a trauma-informed and evidence-based approach designed for the small number of children who require treatment in a secure facility,” it said. “We are optimistic that the groundwork is laid to reach the finish line this legislative session.”

Asked why a proposal that failed last time would succeed now, Edwards said lawmakers will have more time to debate it and get input from stakeholders; the prior bill fell apart over amendments made weeks before the session ended.

There’s another change. The House member who wouldn’t budge on a cap of 12 beds, Rep. Kimberly Rice, a Hudson Republican, is not seeking re-election.

Jail as an alternative?

Relocating the youth to county jails is a second option that appears likely to go nowhere, even temporarily while the state builds a new facility. Health and Human Services Commissioner Lori Shibinette asked jail officials this week for their position on caring for juvenile offenders, to get input and not because she supports the idea, department spokesman Jake Leon said in an email.

“Although the superintendents came to the table to collaborate, all parties agreed that sending youth to county facilities is not possible under current law and that it is not in the best interest of the youth and families we serve,” Leon said. “The department does not support placing youth in an adult facility.” He said it remains committed to the plan that would create a therapeutic, not correctional, setting.

The jail superintendents opposed the idea when it was raised last session. Their position hasn’t changed for many reasons, said Jason Henry, superintendent of the Rockingham County jail.

Under federal law, adults and juveniles must be separated by both “sight and sound.” Henry said retrofitting jails to meet those regulations would be expensive and take so long, the state would have to push its closure date even later. State laws do not give the jails authority to handle juveniles. Amending those laws would also take significant time, he said.

Correctional staff are not trained to work with children, who Henry said will likely need a different level of care, education, and psychological counseling. And jail superintendents don’t believe jail is an appropriate place for juveniles, he said.

“Why would you want those children mixed in with adults who have committed adult crimes?” Henry said. “They are still children who should be treated that way and get the help they need to go back out into society and be productive.”

The Juvenile Reform Policy Group said it will oppose jail as an alternative – if the proposal is raised.

“That conversation came up last year, and if such an option were proposed it would be incredibly misguided,” its statement said. “Children are not mini adults. The evidence is clear that the few children who require treatment in secure facilities have mental and behavioral health needs that require targeted, evidence-based and needs-focused interventions with a rehabilitative purpose. Housing children in adult correctional facilities is dangerous, would only serve to retraumatize already vulnerable youth, and would be the worst possible outcome.” 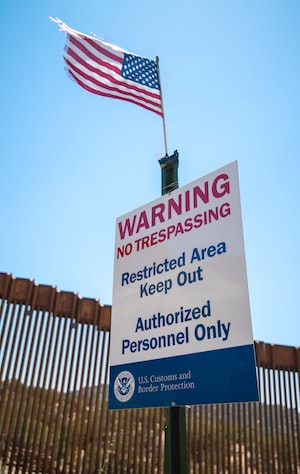 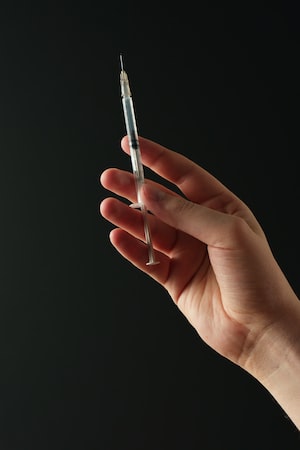