The votes came during "Convening Day," the first meeting day of the 2023 session.

CONCORD — The New Hampshire House voted down two attempts to allow for remote participation in the House, keeping in place pre-pandemic rules that require a physical presence for floor votes and committee hearings.

On a roll call vote Wednesday, the House chamber rejected an effort by House Democratic Leader Matt Wilhelm to allow for proxy voting, 171-204. The rule would have allowed members who are present in the chamber to vote for other members who are not present.

Democrats said the measure was necessary to allow full participation for elected members who are immunocompromised or sick and can’t show up. Republicans argued that the new tactic would be difficult to safeguard against fraudulent proxy voting, and would amount to giving present members a second vote.

Deputy Speaker Steve Smith, a Charlestown Republican, called it “a precedent we should never set here,” pointing to a move by the U.S. House to discontinue a similar arrangement after allowing for it during the pandemic.

Wilhelm said the measure would “enfranchise every Granite Stater with full representation in this closely divided chamber.”

The House also rejected an effort to allow for House committee hearings to be conducted over Zoom, 180-195. That motion had been pitched by Democrats as a way to give flexibility to both House members and people testifying. Republicans countered that it would undermine the responsibilities of House members to show up to committee rooms in Concord and hear from the public in person.

House Democrats have pushed for rule changes to allow for remote participation since January 2021, the beginning of the last two-year session. In 2021, a group of immunocompromised House Democratic lawmakers sued Speaker Sherman Packard to attempt to force the speaker to allow remote participation for members. The U.S. First Circuit Court of Appeals ruled against the Democrats in March and the U.S. Supreme Court denied their appeal, though a lawyer for Democrats said they may try again.

Wednesday’s votes came during “Convening Day,” the House’s first meeting day of the 2023 session and the day it traditionally takes up votes on new rules after an election.

Members also voted down a Democratic priority: banning firearms from the House chambers, in a 177-197 vote. That rule had been in place until 2011, when it was removed by Republicans. Democrats reinstated it when they controlled the chamber in 2019 and 2020, but it was struck out when House Republicans captured back the House in 2020.

But the House defeated some Republican efforts as well. It struck down an attempt by Rep. Joe Sweeney to let House committee chairpeople decide how to handle 10-10 deadlocked bills on the House floor. Under the current rules, those bills will by default receive an “ought to pass” vote on the floor; Sweeney’s amendment would allow the chairperson to make the first vote another action such as “inexpedient to legislate” instead.

The chamber did pass updates to some of its rules. Moving forward, in order to remove a bill from the “consent calendar” on a session day – a move that requires the bill receive a debate rather than be passed by voice vote – the House will require 10 members to request the removal, not just one. That could make it harder for fringe lawmakers to force floor votes on bills that committees decide unanimously to pass or kill.

This story was produced by the editorially independent New Hampshire Bulletin, which is part of States Newsroom. Contact Editor Dana Wormald for questions: info@newhampshirebulletin.com. (Note: The headline and related links on this page were added by Granite Memo.) 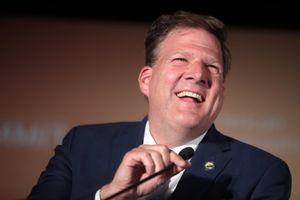 
Think of these 3 audiences as you watch Sununu's inaugural address


7 topics to watch as NH lawmakers embark on new session 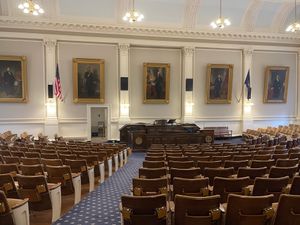