There are still persuadable voters in these age groups, pollsters said.

Party affiliation, education level, and gender will all influence election results next month. A pair of pollsters said Wednesday voter age will too, especially those over 50, who they predict will represent more than 60% of the midterm turnout.

“That’s who candidates should be focused on,” said Bob Ward of Fabrizio Ward, a national firm that has done polling for Republican candidates for decades.

AARP commissioned Ward and Matt Hogan of Impact Research, another national firm that has done the same for Democratic candidates, to survey likely voters ages 50 and up. They shared their New Hampshire findings Wednesday at an AARP New Hampshire briefing. Here are five takeaways:

That age group is not a monolith.

Ward and Hogan said there is often a partisan divide between voters ages 50 to 64, who tend to lean Republican, and those over 65, who lean Democratic. They said that split was particularly true in their New Hampshire findings.

“There’s different flavors of over-50 voters and they’re expressing their differences certainly in the Senate race here,” Ward said.

When asked how they felt about Republican Gov. Chris Sununu, women over 50 were fairly evenly split between favorable and unfavorable. But among men in that age group, 65% said they viewed him favorably.

There was a similar gender split when respondents were asked about Hassan and Bolduc: Just 36% of women aged 50 and older said they had a favorable impression of Bolduc compared to 50% of men in that age group.

There is less divide when it comes to saving Social Security and Medicare.

More than 80% of respondents said they’d be more likely to support a U.S. Senate candidate who protected Medicare and Social Security from cuts and allowed Medicare to negotiate for lower drug prices. And nearly 80% said they’d favor a candidate who expands access to quality, affordable long-term care for seniors.

Voters 50 and older also say abortion and inflation are key issues in this election.

When asked about the U.S. Senate race, Democrats named abortion (46%), Social Security and Medicare (11%), and the environment (9%) as their top priorities, Ward and Hogan found.

Those were also top issues in the gubernatorial race, but voting rights also made the list for Democrats and jobs/economy for Republicans.

4. Voters still 'up for grabs'

There are still voters aged 50 and older to persuade, Ward and Hogan said.

Among that age group, 47% said they will “definitely” vote for Sununu, while 33% said the same about Democratic challenger Tom Sherman. That 21% of “persuadables” named the same top issues: abortion, inflation, taxes/spending, and the environment. And 60% of that group said they felt the state was headed in the wrong direction.

“They are pessimistic about the direction of the state even more so than voters 50-plus overall, and they are worried about their personal financial situation,” Ward said. “These are centrist voters who are up for grabs.”

“I guess the headline here is that ticket splitting is alive and well in the Granite State,” he said.

“We are increasingly in times where tribal politics is dominant,” he later said. “There are independent voters … and it may be small, but in close races, they determine the outcome. That’s why we focus on the persuadable voter.”

This story was produced by the editorially independent New Hampshire Bulletin, which is part of States Newsroom. Contact Editor Dana Wormald for questions: info@newhampshirebulletin.com. (The headline and subheads on this page were edited by Granite Memo.) 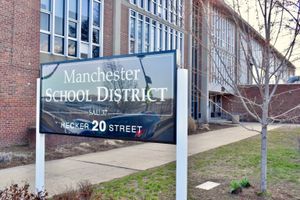 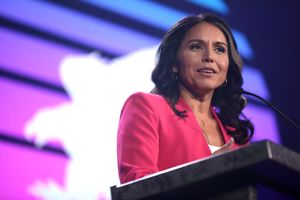