More than 1,100 applicants in NH have received reimbursement from the FEMA program, which has provided more than $2.7 billion nationwide.

As of August, at least 1,399 Granite State applications have gone in for the federal assistance though 1,135 actually received the reimbursement, according to a FEMA report.

The payments were authorized by Congress as part of a FEMA program funded by the federal Coronavirus Response and Relief Supplemental Appropriations Act of 2021 and the American Rescue Plan Act of 2021.

📝
New Hampshire has recorded more than 2,600 deaths related to COVID-19 since the pandemic began.

To date, FEMA has provided more than $2.7 billion to over 420,000 individuals and families to assist with pandemic-related funeral costs for deaths occurring on or after Jan. 20, 2020. This assistance has helped pay for the funerals of more than 430,000 people who died from COVID-19, according to the federal agency.

To qualify, applicants must include a death certificate attributing the death to COVID-19 or as a contributing factor. If the death occurred before May 16, 2020, a statement from the certifying official on the death certificate, medical examiner or coroner is required.

The aid can be authorized before a funeral with a signed funeral home contract, invoice or similar legal documentation. The expenses can also be reimbursed after a funeral, according to the agency.

The multi-billion dollar FEMA program has faced scrutiny from federal watchdogs who say the agency has been reimbursing people for ineligible expenses such as flowers, prayer cards, catering and transportation.

A report released in April by the Department of Homeland Security inspector general's office faulted FEMA for approving funeral reimbursements for items that were "expressly excluded" under the federal agency's Individual Assistance Program and Policy Guide, which determines how funeral assistance money is allocated.

"FEMA is putting millions of taxpayer dollars at an elevated risk of waste and abuse by reimbursing funeral expenses identified as ineligible by its own policies," the report's authors wrote.

The inspector general's report didn't estimate how much federal aid might have been spent inappropriately, but said nearly 60% of 166 approved applications that the office reviewed included ineligible expenses.

The inspector general's report called on FEMA to issue revised procedures that align with longstanding policy before doling out more money for funeral expenses.

In response to the report, FEMA defended paying out the expenses, saying it needed to be "flexible and expedient" in delivering relief in line with Congress' intent, and that curtailing eligible expenses now would be "unfair" to new applicants.


NH state primaries: Who is running in your district? What do they stand for?


How to vote by absentee ballot in New Hampshire in 2022 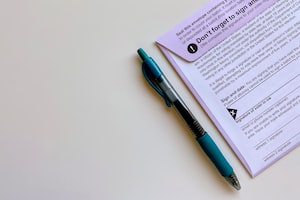