An attorney representing nearly 800 victims joined Democrats in opposing the new rules. But attorneys for other victims called them a reasonable compromise.

A new framework approved by lawmakers Tuesday will allow the state to begin settling claims in January with hundreds of people sexually and physically abused while at the state’s former Youth Development Center. The vote came after Attorney General John Formella made what he described as “major” changes to address lawmakers’ concerns.

But Democrats on the Joint Legislative Fiscal Committee and one victims’ attorney opposed the revised plan, arguing it fails to compensate victims fairly.

Under the new rules, awards to victims who were photographed while abused will increase to $125,000 from $50,000, Formella told the committee. Another change decreases the number of times a victim must be abused to receive higher compensation but retains a tier system for calculating awards. The rules are now final with Tuesday’s vote.

“We’re recognizing, from a value perspective, the fact that say seven or eight incidents are more harmful than one or two,” Formella said. “As I’ve said repeatedly throughout this process, there really is no perfect way to do something like this. There’s no amount of money that really compensates someone for experiencing sexual or physical abuse. And there’s never going to be a perfect way at which you can arrive to value compensation that someone should receive for that type of harm.”

An attorney representing nearly 800 victims of abuse while at the state-run detention center joined the committee’s Democrats in opposing the new rules. But attorneys for other victims called them a reasonable compromise.

The Legislature allotted $100 million in May to compensate victims abused as children while in the state-run detention center, and directed Formella’s office to create a settlement process that provided victims a friendlier and faster alternative to a court fight.

The state must start accepting claims Jan. 1 and have an administrator in place before that. Formella told the committee his office and victims’ attorneys are close to agreeing on whom to appoint.

About $4 million of the $100 million fund will cover salaries for the administrator, administrative staff, and experts for consulting, if needed. Formella estimated the administrator will be paid up to $160,000 to $180,000 a year, depending whether the person is full- or part-time.

The Attorney General’s Office is updating its website with the latest rules and guidance for victims and attorneys interested in filing claims.

The committee tabled a vote on Formella’s initial proposal in August, asking him to address a number of concerns ranging from how the state would value different types of rape to how to prevent excluding victims unable to navigate such a complicated claims form without a lawyer.

Formella returned Tuesday with revisions that satisfied the committee’s Republicans but not Democrats. In a 7-3 vote, the committee’s three Democrats, Sens. Cindy Rosenwald of Nashua and Donna Soucy of Manchester and Rep. Mary Jane Wallner of Concord voted against them.

In a joint statement following the vote, they cited concerns over compensation for sexual assault that differentiates between touching genitalia and penetrating genitalia; the former carries a lower award. Rosenwald told Formella that calculation unfairly discriminates against males because their anatomy makes it less likely they will be penetrated.

The three Democrats also disputed the way awards will be calculated.

“Once again, the attorney general has presented us with a proposal that is still not trauma-informed, nor victim-centered,” said the statement, issued by the Senate Democratic office. “As proposed, this distribution model discriminates against male victims of abuse, awards less money to victims who were raped repeatedly over a shorter time span than for victims whose sexual abuse was spread over a 12-month period, and still contemplates an average payout far below the statutory cap.”

The statement continued, “This process is simply too important to get wrong. At-risk children have suffered abuse while in this state’s care. While we cannot correct the wrongs these children have endured, we can and must prioritize these child victims and their lived experiences over attempts to mitigate the state’s financial responsibility.”

He said the Attorney General’s Office failed to consult victims before creating the process and did not contact him for input after the committee tabled the proposed rules in August. Vicinanzo has said his clients will go to court rather than file settlement claims.

“We are seriously disappointed in the state. We were hoping for moral leadership from the (Attorney General’s Office), but instead we see disingenuous gamesmanship, not engagement or negotiation,” the statement said.

Vicinanzo’s  statement continued: “The state abused these folks as kids. Now it’s abusing them again by playing political spin games, pretending this is a victim-friendly process while ignoring and disrespecting the actual child victims.”

"The state abused these folks as kids. Now it’s abusing them again ..."

Michael Garrity, spokesman for the Attorney General’s Office, said staff there reached out to Nixon Peabody and Rilee during the first phase of drafting the settlement process “and received nothing constructive in response.”

He said the office did reach out to other attorneys representing victims following the committee’s vote to table Formella’s proposal.

“During this second phase, we chose instead to work very closely with the other claimants’ counsel who were willing to engage with us constructively, and the claims process is better for it, as demonstrated by the support of those counsel and the committee’s approval of the revised process today,” Garrity said in an email.

Other victims' attorneys on board

“We are aware some awards may seem inadequate,” wrote Michael Rainboth in a letter to the committee, citing the baseline award of $200,000 for a single incident of abuse. But he also noted that the administrator of the claims process can increase that amount by considering aggravating factors, such as abuse resulting in sexually transmitted infections or pregnancy, abuse by multiple staff members, and the duration of abuse.

“We do believe that most, if not all, claimants will evaluate their options and agree that the time savings, procedural advantages, and certainty provided by the program will result in a high participation rate and afford these victims the closure and compensation they deserve,” Rainboth wrote.

Attorney Anthony Sculimbrene told the committee in a letter that Formella’s office had addressed some of his concerns, including reducing the number of incidents needed to reach the highest awards. He also said he appreciated the office’s agreement to increase outreach methods to make victims aware of the settlement opportunity.

But other concerns remain, he wrote. He said the process remains too complicated and the payment caps, which were set by the Legislature, remain too low. Still, he expressed optimism.

“Despite the flaws … I believe the current process will aid child victims of sexual assault by state actors,” Sculimbrene wrote. “I also believe that the informal nature of the settlement process will expedite recoveries yet do so in way that does not expose the state to larger liabilities.” 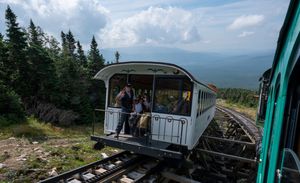 
The fight over the future of Mount Washington


Bleak economic and energy outlook dominates ahead of the election 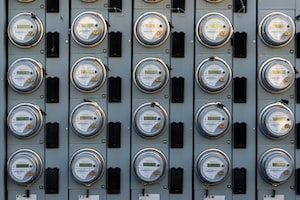 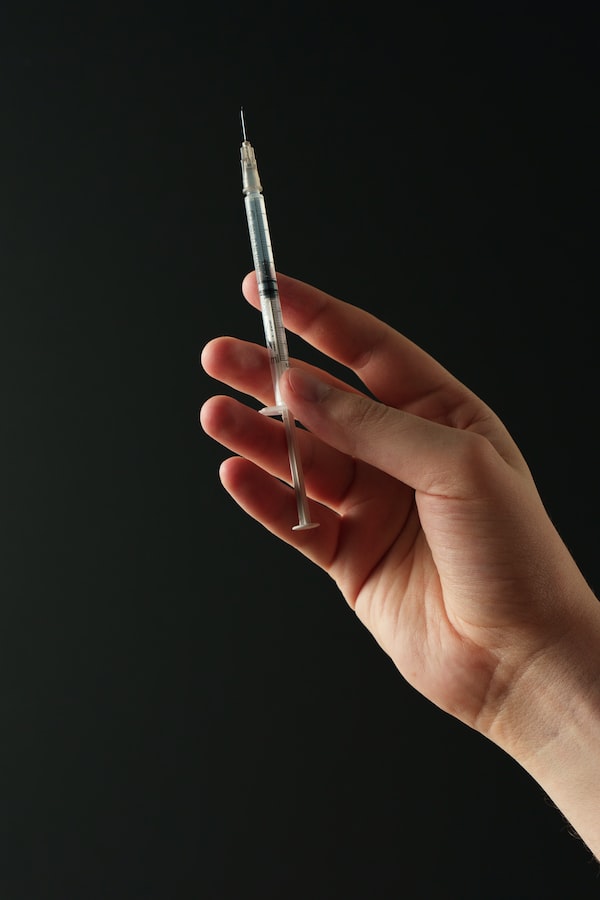 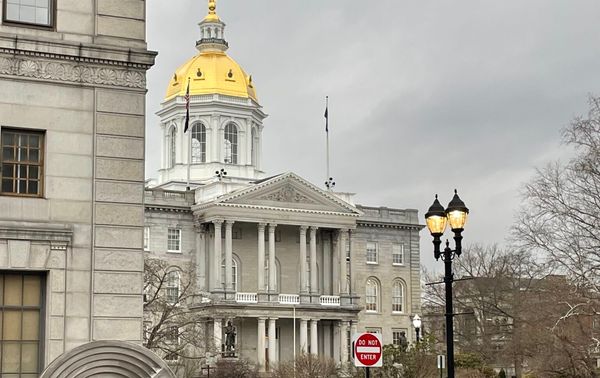 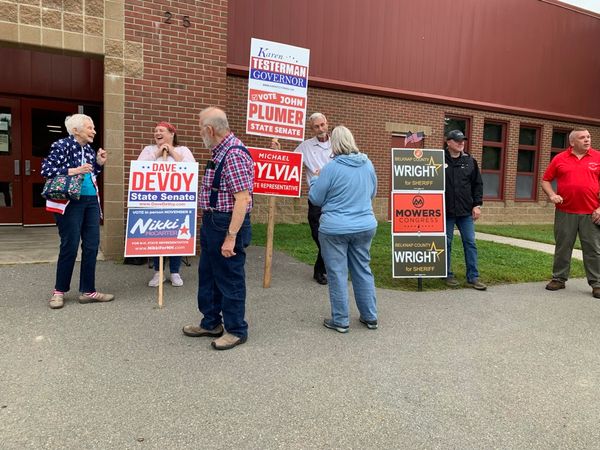 Voters take their anger over Gunstock's closure to the polls 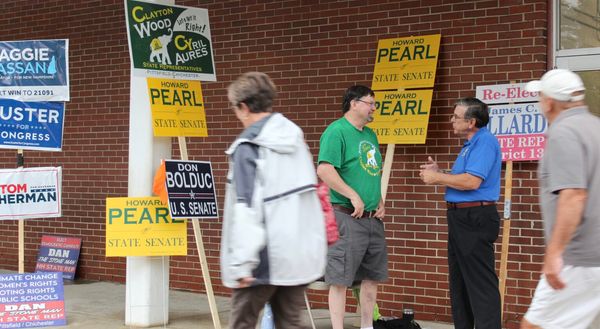 Abortion will be on the November ballot. Some Republicans who backed an exemption won't.