Bleak economic and energy outlook dominates ahead of the election

Half of survey respondents believe their household finances are worse this year than last and that they expect their finances to further deteriorate in a year’s time.

New Hampshire residents have a bleak outlook on the current economy, and most don’t expect it to improve, according to a UNH Survey Center poll released Wednesday.

In an interview with the Bulletin last week, Dante Scala, a professor of political science at UNH, predicted that economic factors including energy and electricity costs are likely to be key issues for voters in the upcoming election.

The UNH poll found that half of respondents believe their household finances are worse this year than last and that they expect their finances to further deteriorate in a year’s time. Only 15% of respondents anticipate good conditions for state businesses in the coming year, the lowest it has dipped since 2009. Around half expect mixed conditions, and 36% think the economy could be favorable for businesses.

People’s outlook on household finances differs by political party. While 70% of Republicans believe they are worse off than a year ago, only 30% of Democrats do.

Business and Industry Association President Michael Skelton said New Hampshire residents are feeling the effects of inflation. “While gas prices have eased back from record highs, electricity and heating fuel costs are soaring as we move into fall and winter,” he said in a written statement released alongside the poll.

In August, electric prices spiked for many New Hampshire residents, with energy bills increasing by around 50%. The increase in electricity rates is driven by the high cost of natural gas, which is used to both heat and power homes in the region.

In national races, high gas prices could pose a challenge for Democrats seeking reelection, but as gas prices have come down, that could give incumbents more leeway, according to Scala.

“Voters pin more on (gas prices) because it’s so omnipresent to them and their day-to-day lives,” he said. Other measures of inflation are likely to influence voters as well. “I think the rule of thumb is what affects voters immediately,” said Scala.

As the country has become more polarized, the economy has had less of an impact on how people vote, which occurred under both Obama and Trump, said Scala. “If you were a Democrat under Trump’s presidency, the economy didn’t matter so much. You were still unhappy with him,” he said.

But that dynamic appears to be easing under Biden, said Scala, who has observed voters responding to economic signals that are then attributed to the president. 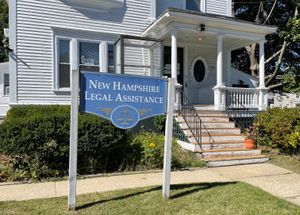