The resort had been shuttered for nearly two weeks due to a conflict between senior management and a delegation-appointed oversight board.

Rep. Michael Sylvia, a Belmont Republican and member of the Free State Project, resigned as chair of the Belknap County delegation during a Thursday meeting.

A motion to remove Sylvia as chair was still on the table from the previous delegation meeting at the time of his resignation, according to Rep. Travis O’Hara, a Belmont Republican.

Sylvia’s resignation came shortly after the meeting began, following a vote on adopting the minutes from an Aug. 1 emergency meeting of the delegation that resulted in the reopening of the county-owned Gunstock Ski Resort. The resort had been shuttered for nearly two weeks due to a conflict between senior management and a delegation-appointed oversight board called the Gunstock Area Commission.

“We’re going to have to question the legality of that meeting,” Sylvia said about the Aug. 1 meeting, after the delegation voted to adopt the minutes. “It was not properly called. It was not actually a meeting. And as such, frankly I believe that this delegation needs to be led by someone other than myself, so I am stepping down as chair.”

Belknap County Attorney Andrew Livernois had advised delegates it was legal to proceed with the meeting. Two lawsuits challenging the Aug.1 meeting’s legality and proceedings are now before the county judge.

Ten members of the delegation participated in the emergency meeting, which was called in order to accept the resignations of two members of the Gunstock Area Commission – Peter Ness and David Strang – and appoint a new commissioner. Gunstock’s management said Ness and Strang interfered with their work and created a hostile work environment, and asked that they be removed as a condition of returning to work.

Without senior management operating Gunstock, the resort risked losing its insurance and facing legal action from a Christian music festival the mountain was contractually obligated to host.

Rep. Barbara Comtois, a Barnstead Republican, resigned from her position as delegation clerk following Bean’s election. “Mr. Chair, as you are now the new chair and due to recent activities, I will no longer be able to serve as clerk of the delegation,” she said. The delegation voted for Juliet Harvey-Bolia, a Tilton Republican, to replace her. 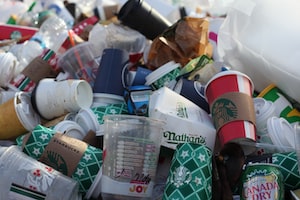 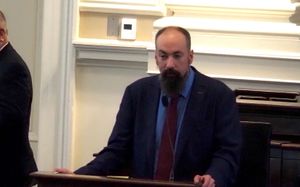