Under the new law, public school dollars would essentially follow K-12 students if they decided to attend private or charter schools.

By Christian Wade, The Center Square

(The Center Square) – New Hampshire has adopted interim rules for a new law that dramatically expands the state's voucher program for students who want to attend private and charter schools.

The temporary rules, approved by the Joint Legislative Committee on Administrative Rules on Thursday, Aug. 19, will allow the state to set up "education freedom accounts" that would redirect state funding for low- and moderate-income students who choose to leave public schools for private, parochial or charter schools, or home schooling.

Supporters of the new law say it will provide more opportunities for students who don't want to attend public schools, and ultimately save the state money. Critics say the new law will siphon limited money and resources from traditional public schools.

Democrats on the committee, who voted against the new rules, questioned the legality of the new rules of what they saw as a vaguely written law.

Sen. Rebecca Whitley, D-Hopkinton, said the new law is rife with loopholes that could impact the state's finances and lacked taxpayer oversight or accountability. She urged lawmakers to postpone approval of the interim rules until the issues are worked out.

"We are giving away public money with virtually no oversight to a private entity not subject to the right-to-know law," she said. "We can't violate public trust and allow a deeply flawed program to be hastily implemented without adequate protections."

"We are deeply concerned that this program is being hastily implemented without adequate protections and scrutiny in place for our local schools, our students and taxpayers," she said.

Deb Howes, president of the American Federation of Teachers New Hampshire, said approval of the new rules "turns a blind eye to the real issues the program raises."

"Make no mistake, these actions of the Republican-led legislature and the rules committee will lead to higher taxes for many Granite State families," she said in a statement.

The move will dramatically expand the state's tax credit program, which provides scholarships for public school students who want to attend private schools or get home-schooled.

Some wish rules had gone further

Advocates say the program doesn't go far enough to meet the demand, and only covers a portion of the expenses. The average grant in the 2019-2020 school year was about $2,800.

Under the new law, public school dollars would essentially follow K-12 students if they decided to attend private or charter schools. Families would be allowed to apply for annual grants ranging from $3,700 to $9,000 per student.

The state currently spends about $3,800 per student. Most cities and towns supplement the spending with local property tax revenue.

Gov. Chris Sununu's administration says the expansion of vouchers will save the state between $360 million to $393 million over the next decade.

An estimated 700 students would likely take advantage of the program in the next two years, which would cost the state about $3.2 million, Sununu officials say. ∎ 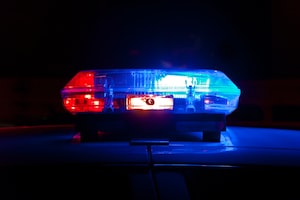