This race wasn’t even among the tightest of the 23+ state rep races up for a recount.

CONCORD — Maxine Mosley was ecstatic Monday afternoon at the state archives, where a recount of votes cast in last week's election showed that she won a NH House seat after all.

"I didnt come in here with any expectations other than to let the process do its job," she said.

"My daughter and my nieces should not have to worry about the rights that I've been able to enjoy my entire adult life and that my grandmother and great-grandmother fought for," she said.

Gagne told the Union Leader's Kevin Landrigan that he didn't currently have plans to appeal his loss. But Rep. Will Infantine, the other Republican in the district, told Landrigan that an appeal will be made to the Ballot Law Commission.

Republicans now appear to have won a 202-198 majority in the NH House, but more recounts this week could further shift that balance in either direction.

Aside from the four recounts held Monday, the NH Secretary of State's Office received requests for at least 19 more in state rep races, a spokesperson said shortly before the 5 p.m. deadline.

Some of those recounts involve races with a single-digit vote margin between winning and losing candidates. 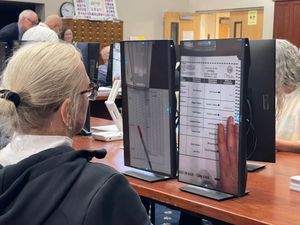 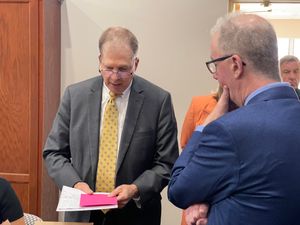