Why 'polling in primaries is always a crapshoot'

Pollsters can get general trends and sentiments, but figuring out which candidate will win is very difficult, says the UNH Survey Center director.

It’s primary day Tuesday, and Republicans across the state are vying to be the candidate to challenge one of New Hampshire’s Democratic federal lawmakers.

Eleven candidates are competing to be the nominee to take on Sen. Maggie Hassan, 10 to compete against Rep. Chris Pappas, and seven to try to oust Rep. Annie Kuster.

The Bulletin sat down with Andrew Smith, politics professor and director of the UNH Survey Center, to discuss what he has been watching during the lead up to the election. He talked about what he’s expecting in a primary: which voters will show up and how that’ll affect outcomes, why primary polls are bad at predicting those outcomes, and how political campaigns have become nastier than ever.

📑
Need a cram session? Check out the Citizens Count website for info on who's running and where they stand on the issues.

This interview has been edited for length and clarity. Annmarie Timmins and Ethan DeWitt contributed reporting.

What are you looking at ahead of the primary?

I’m looking at this race, really any primary, from a kind of political science perspective with the presumption that most people don’t pay attention to politics most of the time. They start to pay attention just before elections.

Nobody pays attention to the New Hampshire primary until after Labor Day, and then (candidates) have a week to two weeks to campaign. I think what you’ll see is a lot of campaigns spending their money at the end when people are paying attention to it.

Are there particular issues you expect to drive voters to the polls on Tuesday?

I don’t think issues matter so much in the primaries. That’s the key thing. If you look at the policy positions of all these guys, you have to be a real policy wonk to figure out the differences. They’re all Republicans and they’re all going to have essentially Republican positions on the issues because that’s who their customers are.

So what you’re really seeing them trying to do is distinguish themselves based on experience – either political experiences or military experience, their leadership qualities. So (in the race for U.S. Senate) Chuck Morse and Don Bolduc both have leadership qualities that they can point to. They’re very different from one another, but they can both point to those. And then, most importantly, who can win in November. Because ultimately, that’s all that matters to Republicans or Democrats in a primary is picking the person that can win.

Who do you expect to vote in a primary election?

The first thing in a primary is most people don’t care. The ones who do are the most ideological people. They’re not regular voters. That’s true of Republican and Democratic primaries: You get people further to the left in Democratic primaries, people further to the right in Republican primaries. You look at turnouts in primary elections at 20%, 30%. It’s a very small group of people who bother. […]

Voting is a habit. Voting is really easy in the United States for all the arguments back and forth over it. For decades the Census Bureau has been looking at why people don’t vote. Basically: “I don’t care about the election.” And in primaries, that’s even higher.

If they’re voters, they’re going to vote for their party in the November election anyway – it doesn’t matter who the candidate is. I think it’s the habitual part of voting that matters. So if you’re a habitual Republican primary voter, you’re going to vote. It’s harder to get people who aren’t routine voters to show up.

Which candidates does that favor?

Chuck Morse has a bit of an advantage there, because primary voters tend to be older and have voted more consistently. They tend to be better educated. They’re just people that pay more attention to politics and have the habit of doing that for longer periods of time.

🗳️
NH Secretary of State David Scanlan predicts about 270,000 will vote Tuesday. Scanlan said he expects 149,000 voters in the Republican primary and 121,000 voters in the Democratic primary. That would equal about 31% of the state's 869,863 registered voters, which include 263,934 registered Republicans, 273,921 registered Democrats and 332,008 independents (who can vote in either party's primary). —Granite Memo

What strategy are Republicans using in the primary?

In the primary, everybody is just kind of running against the Democrats. They’re saying, “I’m the best person to stop them.” This is typical for the party running against an incumbent. That’s a good strategy.

How does Donald Trump factor in?

The Trump thing is kind of a wild card because he’s certainly not particularly conservative. But there are Trump supporters who seem to buy into his cult of personality rather than any consistent policy ideology.

He’s never really had the ideological wing of the Republican Party. That’s the one thing that’s really interesting about Trump is he created, in a sense, a whole new Republican Party – drawing different people who hadn’t been engaged in politics. I guess he took advantage of that group, I would say the same group of people that were called the Tea Party people early on before that got usurped by the party establishment.

Parties are really good at seeing political energy and kind of pulling it in. But when the groups are essentially running against the party in the first place, saying that the party was ineffective and they’re just in it for the money and that sort of stuff, it’s hard for the party to capture that energy.

That’s why I think you see so many Republicans run as outsiders because they don’t even want to be affiliated with their state department because that’s too inside. Trump is able to take advantage of that and get a new set of voters out there. I think that’s one of the reasons the Republican Party, which is still the more institutional party, can’t figure out what to do with that group. They can’t quite separate it from Trump. They’re afraid to try to go too far in criticizing Trump because that hurts their position and the whole point of parties is just to win elections. Everything else is beside the point.

What is the biggest challenge in pre-election polling?

The hardest thing in polling isn’t asking, "who are you going to vote for?" That’s really easy. It’s figuring out who’s going to show up.

In primaries, it’s really hard because of the social desirability aspect of voting in the U.S. Voting is a good thing. We’re told since we’re a little kid, “You gotta vote. It’s a democratic thing to do.” And still we get 60% at best in a presidential year. That means almost half the people aren’t voting. In the midterm election, you’re down to about 40%. In primaries, you’re down to 20 or 30%. But people will still tell you they’re going to vote because that’s what they’re supposed to say. And that’s the hard thing to overcome is to actually figure out who is going to go.

That’s why polling in primaries is always a crapshoot.

So what can polls reliably tell us?

You get general trends and general assessments and sentiments about the candidates. But figuring out who’s going to win is very difficult.

How do you expect primary winners to change their messaging for the general election?

Richard Nixon said this best. He says in the primary you have to run to the right and then run like hell back to the center after it’s over. That’s true with both parties. You have to go way out here, then get back here in towards the center. That’s less important than it used to be, but it’s still an issue.

Why is it less important than it used to be?

Those people in the center generally don’t pay attention to politics much anyway. If you’re not really ideological or know where you stand on issues, you’re not paying attention. It’s like you have the Yankees and the Red Sox. These are the soccer fans in the middle.

How has that shaped campaigns?

Karl Rove (an American political consultant credited with George Bush’s successful 2004 presidential campaign) really started to figure that out in the 2004 election where he said, “No, all we have to do is get our base to turn out.” If you get your base to turn out, you are more effective and have a better chance of winning than trying to spend your money on those people in the middle.

Now both Democrats and Republicans do that. If you wonder why politics is so nasty now, it’s because you have to appeal to your base and give them as much raw meat as you can and not try to go to the middle because there’s not much in the middle to go to.

This story was produced by the editorially independent New Hampshire Bulletin, which is not affiliated with Granite Memo. The headline and callout boxes that appear on this page were added by Granite Memo. 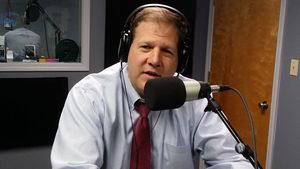 
Sununu now open to holding NH state primary earlier, but not in August 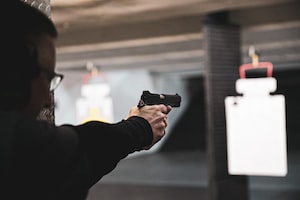