They argue that a legislative change to eliminate so-called 'donor' towns effectively created a system that mirrored proposals from the 1990s that were struck down.

A group of New Hampshire taxpayers have chosen a new target in their quest to sue the state over its school funding system: the statewide education property tax.

In a filing in Grafton Superior Court Wednesday, the taxpayers are asking the court to grant an injunction against the tax to stop it from being implemented next year, arguing that it is not applied fairly between property-rich and property-poor towns and is unconstitutional.

The motion is the latest move in an ongoing legal effort to dismantle the state’s school funding model. In June, the same group of plaintiffs sued the state over broader objections to the school funding system, arguing it unconstitutionally creates different tax burdens depending on a property owner’s hometown.

“In 1997, the New Hampshire Supreme Court rejected the state education taxing scheme,” the lawsuit states, referring to the “Claremont II” decision in which the court required the state to create a more equal school funding model.

“Now, the State is primed to once again impose a tax using the same mechanisms previously held unconstitutional that will result in some taxpayers paying up to seven times as much for education funding as their wealthier counterparts,” the lawsuit continues.

The statewide education property tax, known as SWEPT, requires towns to collect a property tax on top of their local property taxes. Across the state, those taxes must total $363 million every year. That money is never sent to the state, but rather retained locally and passed to local school districts. Each fiscal year, the Department of Revenue Administration determines a standard tax rate to apply to all New Hampshire property owners by calculating what the total property valuations are for the state and how much is necessary to get to $363 million. That number typically hovers between $1 and $2 per $1,000 in property value, or $300 to $600 per year for a $300,000 house.

But critics say that in practice, the tax does not equalize what taxpayers in different towns pay toward education.

In Wednesday’s filing, attorneys Natalie LaFlamme, Andru Volinsky and John Tobin say that the new SWEPT system does not meet the directive made by the Supreme Court in the Claremont II decision. In that ruling, the court said New Hampshire’s constitution requires the state to fund its public schools through taxes that are “administered in a manner that is equal in valuation and uniform in rate throughout the State.” SWEPT does not create a tax system that is “equal in valuation,” plaintiffs argue.

Because the SWEPT rate is flat, towns with higher property values collect more money from it than those with lower values. When originally established in 1999, the tax sought to balance that reality by requiring that any excess taxes collected under SWEPT by wealthier towns be sent back to the state to be redistributed through the Education Trust Fund. That meant that any town whose SWEPT revenues more than covered their public schools had to pass the extra funding to the state, which would effectively distribute it to towns whose SWEPT revenues did not cover their school expenses.

But in 2011, amid arguments that the richer municipalities had become “donor towns,” the Legislature removed the redistribution requirement, allowing wealthier municipalities to keep excess revenue they raise from the SWEPT and use it to offset other taxes in their town.

Now, plaintiffs argue that rather than bringing equality to school funding, SWEPT has allowed some wealthier towns to offset their local taxes so much that they effectively become “negative taxes” – a reduction of their other taxes. Poorer towns, meanwhile, still come up short and are required to raise their local tax rates to keep their schools open.

And critics say a move by the Legislature in 2021 to temporarily cut the required statewide collection number from $363 million to $263 million – intended to serve as a statewide property tax cut – was undermined by a simultaneous decision to cut targeted aid for property-poor towns. That move forced some of those towns to make up more of the difference and raise taxes overall, according to an analysis from Reaching Higher NH, a left-leaning education think tank.

The plaintiffs’ motion requests that the state issue a preliminary injunction to prevent the Department of Revenue Administration from implementing SWEPT next year. That rate has been announced at $1.44 per $1,000 in property value for next year; the department is advising towns of that rate and approving their tax rate between October and December of this year.

The plaintiffs are also asking the court to bar the DRA from approving any SWEPT tax warrant that allows for a negative tax rate.

Wednesday’s motion is the latest move in an ongoing legal effort to dismantle the state’s school funding model.

The latest motion is separate from that broader lawsuit and specifically focuses on SWEPT. The broader lawsuit will have a court hearing in August, the Grafton Superior Court announced this week.

What would they need to prove?

The taxpayers will have to clear a high legal bar.

In order to succeed with this week’s motion, and temporarily block the implementation of SWEPT, plaintiffs’ lawyers will have to prove to the court that their preliminary motion will likely succeed on its merits if brought to a full trial; that the current SWEPT tax system will cause the taxpayers immediate, irreparable harm if it isn’t blocked in time; and that blocking the SWEPT would not disproportionately burden the state. If the court finds that any one of those conditions is not met, the attempt will fail.

LaFlamme argues that the first condition – a likelihood of success on the merits – has been met because the state has already admitted that negative SWEPT taxes exist and that wealthier towns are able to offset their other taxes using their SWEPT revenues. The state admitted this in a filing last month in which the Department of Justice did not contest the plaintiffs’ assertions about the negative SWEPT taxes, LaFlamme noted.

In fact, LaFlamme said, it was the state’s decision to admit that fact that led the plaintiffs to file the latest motion this week.

“The factual basis for this is when the state answered our complaint a few weeks ago, they specifically stated: ‘Yes, this excess is still happening. Yes, we admit or agree that some towns have a negative local tax rate,’” she said. “This particular injunction (motion) was really set off by the state’s answer to our complaint.”

LaFlamme and other attorneys are hoping to combine that admission with previous Supreme Court opinions in the late 1990s that found that a similar proposed state property tax allowing towns to retain their excess revenues did not meet the Claremont II requirements and were unconstitutional. Those proposals in the 1990s were defeated in favor of SWEPT. But the legislative change in 2011 to eliminate donor towns effectively created a system that mirrored the 1990s proposals that were struck down, plaintiffs argue.

“Despite this express language in Claremont II, the State has repeatedly sought new mechanisms to alleviate the tax burden on wealthier towns,” the motion states. “And, each time, the courts have held these mechanisms unconstitutional.”

They hope the court will make the same finding now.

How long could this take?

The timeline for the preliminary injunction proceedings is likely to be brisk. The state typically has 30 days to respond to a request for a preliminary injunction with its own motion. A spokesman for the Department of Justice, Michael Garrity, declined to comment on the new SWEPT lawsuit but confirmed it would respond.

“We intend to respond to the motion in the normal course and have agreed with plaintiffs’ counsel that any response will be due within 30 days,” Garrity said Thursday.

While the state has not yet responded to Wednesday’s motion, the Department of Justice did provide a glimpse last month into their defense strategy against the broader taxpayer lawsuit.

In its response to the plaintiffs’ lawsuit, the state outlined 10 defenses it might choose to deploy at trial, including the argument that the state cannot be sued because of the doctrine of sovereign immunity, that the courts are barred from requiring specific legislative fixes because of the separation of powers, and that schools spend “significant funds” on programs and services that are not constitutionally necessary and should not be funded by the state.

That response is just a preview; a full counter motion from the state with detailed defenses and case citations will come closer to the trial date in August.

This story was produced by the editorially independent New Hampshire Bulletin, which is part of States Newsroom. Contact Editor Dana Wormald for questions: info@newhampshirebulletin.com. (The subheads that appear on this page were added by Granite Memo.) 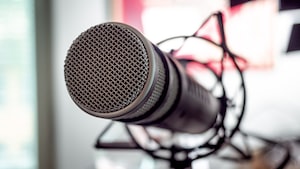 
Ready for general election debates? They begin this week. 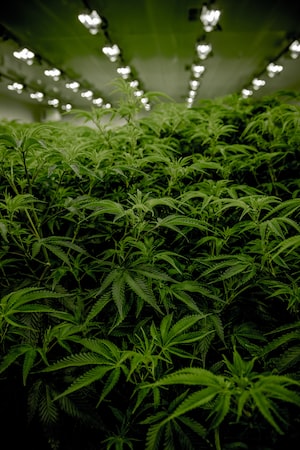