Ready for general election debates? They begin this week.

While visiting NH, Maryland Gov. Larry Hogan warned that current Republican nominees have an electability problem in many states.

Steven Porter October 10, 2022 — 13 minute read
📝
This is your Monday memo. Not a member? Sign up for free to get the memo straight to your inbox.

The expiration date on campaign season is less than a month away. In just 29 days, Granite Staters will decide who will represent us in Concord and Washington. The slew of key races on the ballot include the governorship and three seats in Congress.

Now that the general election is in full swing, we'll see the major-party candidates share a stage as they debate the issues. The formal debates begin this week and continue next week, then two-a-days kick in after that (with debates hosted by NHPR, New England College and others the week of Oct. 24).

Here are the highlights in today's newsletter:

🥚 Hogan stops for eggs, warns GOP may get beat

🤕 Bolduc lambasted for "these gentlemen" line

📅
On the lookout: Spot upcoming NH politics events on the Granite Memo calendar.

Hogan said weak candidates will limit GOP gains in November. "It should be a massive red wave, but unfortunately I think it's closer than it should be. While we may win the U.S. House, we may win some state races around the country, and we may not take the Senate, it's not going to be as big as we had hoped. Part of it is because we've nominated people in many states across the country who are not as electable in the general election. My philosophy is that we've got to grow a bigger tent and convince more people that we've got the right ideas; otherwise, we don't get to govern. Unfortunately, in some places, we've elected some people that maybe are going to get beat by Democrats when we should have had a winning Republican." Hogan also spoke about higher education and polarization in both major parties. He didn't say whether he'll run for president. (Adam Sexton for WMUR's CloseUp)

Unfortunately, in some places, we've elected some people that maybe are going to get beat by Democrats when we should have had a winning Republican.

Don Bolduc was roundly criticized for comments he made last week about abortion. At a town hall in Auburn on Wednesday, Bolduc weighed in on whether abortion policy should be decided at the state or federal level. He reiterated his prior stance that this is now a state issue. "It belongs to the state. It belongs to these gentlemen right here, who are state legislators representing you," he said, gesturing to at least two Republican NH state reps, Jason Osborne and Jess Edwards. "That is the best way, I think, as a man, that women get the best voice: at the state level, not at the federal level," Bolduc added (Jennifer Bendery for HuffPost).

Former NH AG Tom Rath, a former senior advisor to GOP presidential campaigns and past National Committeeman from NH to the Republican Party, tweeted: "No truer political campaign axiom than 'when you are explaining, you're losing' but Bolduc's 'abortion decisions belong to GOP Gentlemen State Reps' comment defies explanation, political reality, reason and decency. You're gonna hear this one a whole bunch." (Rath backed John Kasich in 2016 and Joe Biden in 2020.)

Republicans slash ad buys in NH for U.S. Senate race as Hassan leads. "The National Republican Senatorial Committee is canceling the remainder of its fall ad slate for New Hampshire after launching a coordinated ad with GOP nominee Don Bolduc earlier this week. The move comes as New Hampshire appears increasingly out of reach for the GOP, although Republicans still have millions more on the books for the final month of the campaign." (Natalie Allison and Burgess Everett for Politico)

Parties starving weak candidates in final midterm crunch. The NRSC said Friday it would cut back on its ad spend against Hassan to focus on closer Senate battlegrounds. But the Senate Leadership Fund is still backing Bolduc as part of its $23 million reservation, with no plans to cut back. In NH02, Republican Bob Burns "has been left in the cold even as some public polling shows Kuster is vulnerable." (Josh Kraushaar for Axios)

St. Anselm College poll has warning signs for Hassan and Leavitt. "At this point, the incumbents are unpopular, but the challengers are even more unpopular," said Neil Levesque of the NH Institute of Politics said. (Adam Sexton for WMUR's CloseUp) #nhsen #nh01

The retreat of the MAGA general. "How could he see through the bullshit in Kabul but not at Mar-a-Lago? ... Watching him work the room, Bolduc shows he is a master of what the Army calls 'human terrain,' the hearts-and-minds part of any military effort. ... I’d seen it in Afghanistan with his troops and Afghans alike, and his supporters are captivated by it. ... Despite fierce loyalty from some, no one is more bewildered by Bolduc’s campaign persona than some of his former peers and subordinates in the Army. A Pentagon official familiar with the campaign says military leadership is puzzled by Bolduc’s turn toward MAGA. ... I'd gone looking for the Don Bolduc I met in Afghanistan. I don’t think he’d recognize the Don Bolduc I found on the trail in New Hampshire." (Kevin Maurer for Rolling Stone) #nhsen

Republicans rally around Bolduc in NH. But is the pivot enough to win? "Bolduc’s candidacy is a test of whether deep dissatisfaction over inflation and the economy will overpower Granite State voters’ tendency to support more moderate, buttoned-up candidates of both parties for higher office. ... There were signs at the town hall that voters were worried about Bolduc’s shifting positions." (Liz Goodwin and Isaac Arnsdorf for Washington Post) #nhsen

NHJournal: Hassan campaign forces Nashua Chamber to drop debate format. "The position of the Hassan campaign is that they would only participate if this were a stand-alone forum, not a debate," said Chamber President and CEO Wendy Hunt. (Michael Graham for NHJournal) #nhsen

Hassan joins Manchester PD for firsthand look at policing priorities. Hassan joined Lt. Matthew Barter on about a two-hour ride-along Friday. They also walked a foot patrol through downtown and talked with homeless people. "The first job of the government is to keep people safe, so public safety has always been something I’ve prioritized and will continue to do," Hassan said. (Andrew Sylvia for Manchester Ink Link) #nhsen

Manchester Mayor Joyce Craig supports plan to send jail releases back to home communities. Craig said the NH bail reform law needs to change, and her team has been working with corrections officials to make sure people aren't just released from jail onto Manchester's streets. The idea is to send people back to their communities and provide wraparound services. (Adam Sexton for WMUR's CloseUp) #mht

Gunshot detection tech coming to Manchester within 30 days. "City police say the technology will result — in theory — in quicker response times to incidents of gun violence." The technology, called ShotSpotter, uses audio sensors on light posts and buildings to triangulate where shots were fired. A federal grant will cover a two-year trial period for a 3-square-mile zone. (Paul Feely for Union Leader) #mht

President Joe Biden said he's issuing pardons for simple marijuana possession. He's urging all governors to "do the same." It's not immediately clear how Sununu will respond. A spokesperson for the governor's office said Sununu and the state's Department of Justice are reviewing Biden's actions. Under state law and the NH constitution, pardons must go before the governor and Executive Council for consideration, so Sununu cannot unilaterally pardon anyone, the spokesperson noted. (Steven Porter for Granite Memo)

What Biden's federal marijuana pardons could mean for NH. "The direct impact of the pardons will likely be limited in New Hampshire. Federal prosecutions for simple marijuana possession are rare, with most convictions coming in state court. ... Frank Knaack, the ACLU-NH’s policy director, said the move to reclassify marijuana at the federal level could give legalization proponents a boost when the issue comes up again." (Paul Cuno-Booth for NHPR)

State House Dome: Growing revenues with some warning signs. "It sure looks as if the governor elected on Nov. 8 will inherit a state revenue surplus to play with in 2023. ... Despite the rosy bottom line, net revenue from taxes on business, restaurant meals and hotel room rentals and tobacco for this first quarter were less than the same period last year. The dip wasn't big, but it's worth watching, given the national economic outlook." (Kevin Landrigan for Union Leader)

Volume of applications for affordable housing funding delays program. "The $100 million InvestNH housing fund Gov. Chris Sununu unveiled earlier this year was supposed to announce its first awards a week ago on Sept. 30. But officials said it's taking much longer than expected to divvy up the federal dollars because of the sheer volume of applications." The awards are now expected to go before the Executive Council on Nov. 2. (Adam Sexton for WMUR)

Sununu said he's for limited government, local control and low taxes, so that's something liberal publications would understandably see as libertarian in a national context. "My job is to support business and get out of their way as best we can," he said. Sununu also talked about why NH National Guard members are headed to the Mexico border (Drew Cline for WFEA).

Child advocate weighs in on Sununu Center closure. "While ideally closure would occur in 2024 with a new facility ready for the children, the date should be no later than April 2025 with contingency for earlier closure should alternative space be established," Cassandra Sanchez wrote in her report. (Kevin Landrigan for Union Leader) #nhleg #nhgov

Campaign finance report draws complaint in NH House race. "Republican candidate Joseph Mirzoeff of Keene has complained to the NH Secretary of State’s Office about discrepancies in the campaign finance report of one of his opponents, Democratic Rep. Amanda Elizabeth Toll." The address for a person who gave $10,000 to Toll's campaign said "NH" when it should have said "CA." The errors were "absolutely not deliberate," Toll said. (Rick Green for Keene Sentinel) #nhleg

Top election official blasts report ranking NH last in voting ease. "That’s the type of report that causes people to lose confidence in elections," said NH Secretary of State Dave Scanlan. "The report is way off base in my opinion." (Damien Fisher for NHJournal) #voting

Dover commits to honor lives of its first inhabitants. "Before the green flag of the Cowasuck Band of the Pennacook-Abenaki People was raised in front of City Hall Wednesday night, the city’s land proclamation was read, acknowledging the history of Dover’s settlement in 1623 and how it displaced Indigenous populations." (Megan Fernandes for Foster's Daily Democrat)

Have feedback? Send a note to news@granitememo.com. 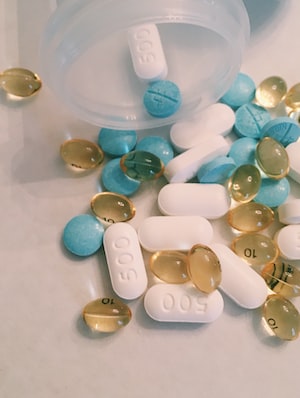 
Drug pricing board to face second repeal effort in Legislature 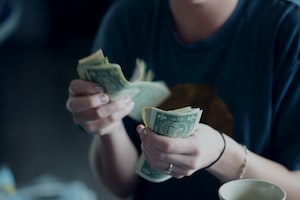