Votes still being counted from 10 races in NH state primary

Steven Porter September 19, 2022 — 6 minute read
📬
Good morning, Granite Staters. This is your Monday morning memo on NH politics. Not a member? Sign up for free.

The general election is just 50 days away, but votes are still being counted to determine who all will advance from the primary – yeah, the one that happened six days ago. (Don't worry. I'll explain everything.)

Here's a rundown of today's highlights:

💭 What I asked Karoline Leavitt (and still want to know)

⌚ Why votes are still being tallied today and tomorrow

🏆 Where a poll says Dems stand in NH federal races

Before I tell you about the question that prompted Karoline Leavitt to end our interview, first let me set the scene.

It was nearly midnight on the day of the primary election. Leavitt had just delivered an impassioned victory speech to a packed room of elated supporters in Hampton, recounting how her team raised funds and knocked on 70,000 doors for her campaign.

"Over the last year, we were outspent, but we were not outworked – no way – and tonight our hard work has truly paid off," she said, as cheers filled the room. [...]

Ballots from last Tuesday's primary election will be processed Monday and Tuesday in Concord for recounts involving 10 contests across the state. The recounts will determine who moves on to the Nov. 8 general election.

One recount is for Belknap County sheriff. The other nine are state rep races. Here's the rundown, according to a schedule from the NH Secretary of State's Office:

For all the details on who's running in each of those races and how close the initial vote tally was, see the Democratic and Republican state primary results online, or read Kevin Landrigan's report for the Union Leader.

A coordinated effort to force hand-counting of ballots slowed primary election results. NH Secretary of State David Scanlan said an organized effort delayed tabulation by hours in some parts of the state. "Groups opposed to voting machines urged people to write in the names of the candidates they support, even when those names were already printed on the ballot. This forced election officials to count those ballots by hand." (Rick Green for Keene Sentinel)

Both towns pass ballot-counting audit. The NH Secretary of State's Office released an audit report Friday with results from an audit of AccuVote electronic counting devices from Tuesday's primary in Hopkinton and Laconia's Ward 1.

A new Emerson College poll indicates the incumbent Democrats are leading their Republican challengers for each of the three federal races (credibility interval ±3.4 points):

Word to the wise: Take this poll with a block of salt. It was conducted Sept. 14-15, mere hours after Bolduc, Leavitt and Burns won their respective GOP primaries – and there's still a long way to go before polls close on Nov. 8.

📺
Tit for tat. For more on the latest #nhsen war of words, be sure to watch Adam Sexton's latest interviews with Don Bolduc and Maggie Hassan for WMUR's CloseUp. They aired on Sunday.

Democrats' midterm reality check. "After Democrats' surge in political momentum over the summer, signs indicate the midterm environment is tilting back in the GOP's direction. ... The elevation of weak Senate candidates is the biggest political challenge for Republicans in the home stretch." (Josh Kraushaar for Axios) #nhsen

Swing-state Republicans on defense over Graham’s abortion ban. "Bolduc put distance between himself and Graham’s proposal this week, arguing that the ban 'doesn’t make sense.' 'Women on both sides of the issue will get a better voice at the state level.' " (Julia Manchester for The Hill) #nhsen

📅
Looking for more? Find events on the Granite Memo calendar.

Aren't Hassan and Pappas abortion ads full of "lies" too? Don Bolduc and Karoline Leavitt "have repeatedly said they support states making abortion laws for themselves and oppose a national abortion law. And yet Hassan and Pappas are both spending hundreds of thousands of dollars on ads claiming the opposite." (Michael Graham for NHJournal) #opinion #nhsen #nh01

Boston Globe editorial argues no one should be fooled by Bolduc's pivot. "The people who amplified ludicrous claims of election fraud helped create an environment in which the Jan. 6, 2021, attack on the Capitol was possible, and those who continue to undermine confidence in the election afterward risk fomenting future violence. Election denial is a blot on the record of any politician who embraces it — and a red flag about their own personal integrity." (The Boston Globe) #nhsen

NH keeps patients in the dark about doctor malpractice. "Patients and families (in NH) have no reliable way to learn crucial information about a doctor because the state's medical board is one of the least transparent in the nation." Sununu's office said the NH AG will launch a "review of the practices of the New Hampshire Board of Medicine, along with the rules and statutes that govern their activities." This story is a follow-up on a Spotlight team investigation. (The Boston Globe)

In addition to the recounts, there are a few noteworthy items this week on the NH politics calendar.

5-6 p.m. – Constitution Day Event at Dartmouth College with Judge Laurence Silberman, a senior circuit judge for the U.S. Court of Appeals for the D.C. Circuit. Silberman's lecture traces the Constitutional origins of the First Amendment, describes historical threats, and explains how and why it is undermined today. (Event details, Livestream)

11 a.m. – Executive Council holding public hearing on the nomination of Ryan C. Guptill of Contoocook to serve as justice for the NH Circuit Court. (Details) 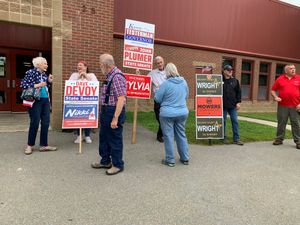 
Voters take their anger over Gunstock's closure to the polls 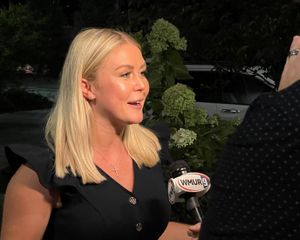 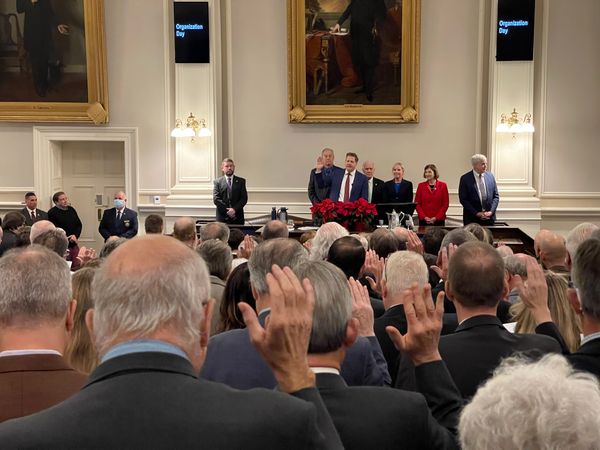