Sununu put language into the budget last year giving himself authority to sell the property, with the Executive Council approval.

When executive councilors questioned the state’s choice of a buyer for the former Laconia State School campus last week, the governor and head of the Department of Administrative Services assured them her professional and financial qualifications had been widely vetted.

They said the state's review committee that chose Robynne Alexander's $21.5 million offer and massive $500 million redevelopment plan had the information needed to evaluate her qualifications and background. That background includes multiple tax liens; no comparably large projects; a lawsuit brought by an investor; and a Manchester project that’s three years behind schedule. (Alexander has paid her back taxes and the contractor’s $430,000 bill, according to Hillsborough County Registry of Deeds records.)

“That committee met and looked at things,” Administrative Services Commissioner Charlie Arlinghaus told the council Wednesday, Dec. 7. “I will say that they considered whether the people we were selling (the 220-acre site) to have the wherewithal to do the development.”

That’s inaccurate, two members of the committee told the Bulletin after the meeting. They said they were not given Alexander’s financial information or professional portfolio. They said they learned of Alexander’s inexperience with such a large project and tax liens from a Bulletin story.

“We thought (Alexander’s plan) was put together in a way that if they could do it, was the best plan we had seen, unquestionably,” said Rusty McLear, a Lakes Region developer who served on the committee. “When we had the meeting about picking the quote-unquote winner, it was based on what the plan was designed to do. It wasn’t based on the financial wherewithal.”

McLear added, “I’m pretty shocked actually that first of all, that no real due diligence was done, and second, I find it hard to believe that (happened) with a state organization because they usually go overboard with due diligence and make you jump through all kinds of hoops.”

As further evidence that Alexander’s qualifications had been properly vetted, Arlinghaus and Sununu told the Executive Council that Laconia city officials and a Lakeshore Redevelopment Planning Commission that’s been preparing the property for redevelopment also knew Alexander and her team, who she and the state have declined to identify, well.

“This is not a group of people we talked to on paper,” Arlinghaus said. “They’ve met multiple times with the Lakeshore Redevelopment Planning Commission and the city. He added: “They’re not random people, that we were like, ‘I don’t know. Did you Google them. It’s not the kind of thing. They’re a known commodity over a long period of time by people who are expert in various technical fields related to the project.”

Sununu weighed in too. “This is not a fly-by-night organization,” he told the council. “These folks have other projects, and again, all of this was reviewed by a technical committee before bringing it up here. And reviewed by the city of Laconia.

In interviews with the Bulletin, city officials and the head of the Lakeshore Redevelopment Planning Commission acknowledged meeting with Alexander and her team. But they said they did not have the information necessary to vet their qualifications and ability to complete their project.

Alexander and her team have proposed an ambitious plan for the Laconia site: 1,300 housing units, to include senior housing and assisted-care units, a 1,000-person conference center, and a 250-room hotel. She said she would make half the property available to the public for recreational use. She is calling it Legacy at Laconia.

“While Laconia had a voice at the table in selecting a preferred project, Laconia had no role in performing comprehensive background checks on the proposed buyer, reviewing prior development experience, or identifying financial wherewithal and such,” wrote Scott Myers, who was Laconia’s city manager until October, in a commentary shared with the media Monday. “Nor should we have. Since this is a state-driven project, that review would fall to (the Department of Administrative Services) or possibly CBRE (the broker hired by the state.)”

Laconia had no role in performing comprehensive background checks on the proposed buyer ...

Citing concerns raised by Laconia officials, the Executive Council tabled Arlinghaus’ proposed purchase and sale agreement with Alexander. Councilors said they plan to revisit the agreement next week, after talking with city officials about their concerns with Alexander’s qualifications and aspects of the agreement.

At least two councilors, Republicans Joe Kenney and Janet Stevens, have indicated they will support the proposed purchase and sale.

Emails between the Department of Administrative Services and Laconia City Planner Dean Trefethen, a member of the review committee, indicate the state had intended for the committee to vet Alexander and the other potential buyers.

“The primary focus for this first tier of review will be on qualifications,” Jared Nylund, the state’s lead on selling the property, wrote. That review was to include “relevant past project experience of the buyer/developer group or its members, feasibility of the redevelopment proposal, and sufficient financial capacity or access to capital,” according to Nylund’s email, obtained through a right-to-know request.

The committee met once, for three hours this fall, not the 10 to 12 hours members were told to expect, McLear and Trefethen said. In an email Monday, Arlinghaus said committee members had reviewed more than 100 pages of material outlining each proposal ahead of the meeting and didn’t feel they needed to meet again.

He said the committee discussed whether “each project proposed was feasible, the extent to which (developers) had the right qualifications and experience, and if the developer groups were likely to be able to raise the investment and complete the project.” Arlinghaus said committee members “were provided with copies of all of the offers, which include descriptions of the project teams with bios and descriptions of members.”

Based on that information, the members voted unanimously to recommend the state choose Alexander.

“We discussed the particulars of each plan and whether the committee was comfortable that the development groups could do the project,” Arlighaus said. “No one felt a need to talk further or meet again. We voted unanimously and enthusiastically to recommend the Legacy project to the governor. There were no concerns.”

Arlinghaus said his department continues to believe Alexander’s proposal is the best choice.

Like McLear and Trefethen, Laconia Mayor Andrew Hosmer is disputing claims from Sununu and Arlinghaus that city officials had access to information about Alexander’s qualifications.

“They’ve been a part of this in terms of both choosing and understanding who the developer is, having all the background information, being able to have the discussions on these issues,” Sununu said. “The city of Laconia drove this.”

Hosmer and City Manager Kirk Beattie have maintained that no city officials had access to the information necessary to vet Alexander. Hosmer, who has been involved with prior attempts to sell and redevelop the properties, said he suspects Sununu is motivated by politics.

Frustrated that the state has been unable to sell the land for more than a decade, Sununu inserted language into the budget last year giving himself authority to sell the property with the council’s approval. That change sidesteps the state’s typical review process.

“He’s misrepresenting this because, my take is, that he’s fixated on the $21 million (purchase offer) and wants to check a box to say, ‘See how easy this is,’ ” Hosmer said. “The problem is going to become the city of Laconia’s, and he’s going to be doing a victory lap.”

The problem is going to become the city of Laconia's, and (Sununu is) going to be doing a victory lap.

Sununu did not return a message Monday.

After the council meeting, his spokesperson, Ben Vihstadt, said Sununu remains supportive of Alexander’s proposal. He also reiterated Sununu’s frustration that city officials raised concerns just hours before the council meeting. They said they hadn’t known of Alexander’s background until reading about it in the Bulletin the day before the meeting.

“This project will bring unprecedented benefit to the city of Laconia, and it was certainly surprising to the governor that he only heard concerns from the mayor, who is currently out of the country, on the morning of the vote,” Vihstadt said. “The Governor maintains confidence the Executive Council will move forward and close this deal for the City of Laconia.

This project will bring unprecedented benefit to the city of Laconia ...

George Bald, who served as chair of the Lakeshore Redevelopment Planning Commission, was also surprised to hear Arlinghaus say last week that his group had met with Alexander and her team enough times to know whether they had the financial wherewithal to pull off their proposed $500 million development. He disputes that.

Over its five years, the commission has conducted environmental and architectural assessments of the property; inventoried the site’s nearly 30 dilapidated properties to see which could be redeveloped rather than razed; held public listening sessions; worked closely with Laconia officials; evaluated the cost of putting in new sewer and water; and wrote a master plan identifying the best redevelopment opportunities.

Bald said he and commission members talked with developers over the years, including Alexander. But he disputed claims that he had information to vet her qualifications.

“I would mention that we would need to have detailed financials if we were to move forward with it, but we never did because the state took over,” Bald said.

This story was produced by the editorially independent New Hampshire Bulletin, which is part of States Newsroom. Contact Editor Dana Wormald for questions: info@newhampshirebulletin.com. (The headline on this page was modified by Granite Memo.) 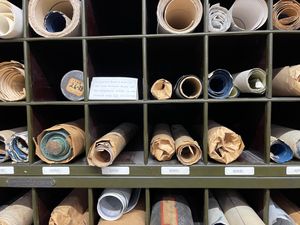 
Right-to-know ombudsman could settle disputes when records are denied 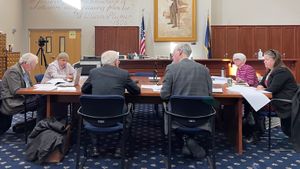 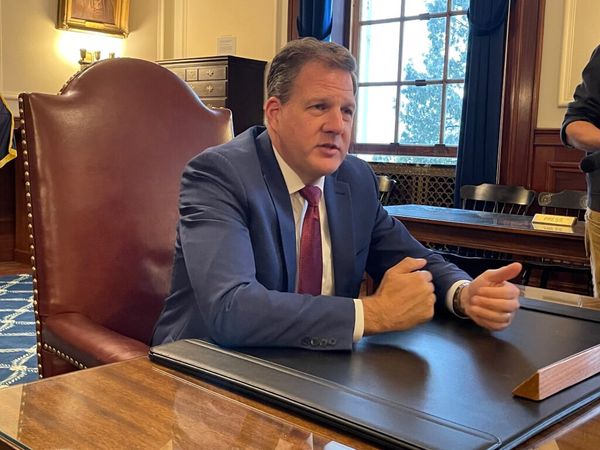